I trained my first dog in official obedience when I was twelve years old, and believe to this day that it’s important for ANY breed, in ANY home. I started training with the Dobermans we had, and then did Obedience Trials with the Dobes, as well as other people’s dogs. In 1988, I had the only Doberman in Canada to earn a Utility Dog title – the highest obedience level you can do. 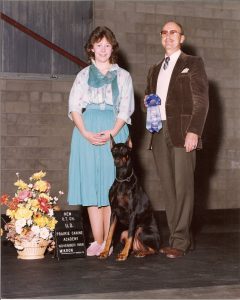 I have trained and earned all levels of obedience titles on over 12 dogs, including Dobermans, Rottweilers, Malamutes, and of course, Samoyeds! 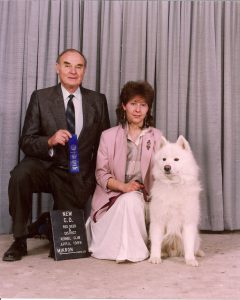 In 2011, I became active in Rally Obedience, and Finnigan became the first Sershan Samoyed to earn his Rally Novice title, followed by Vixen and Tucker, in 2012. 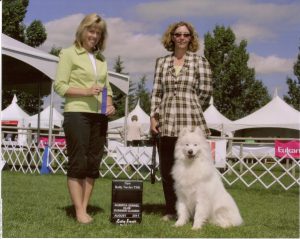 I unfortunately don’t have the time (or energy!) for Agility, but thankfully other owners of Sershan Samoyeds do!