Cabo is from the fourth litter at Sershan Samoyeds, out of Bowen and Sider, was the fifth puppy born in this litter, and one of six boys produced.

Cabo was the pick boy from this litter, and did his best to impress from the start. At his very first show, at 6 months old, he won a Best of Breed over several Specials (champions) and a Group 4th! 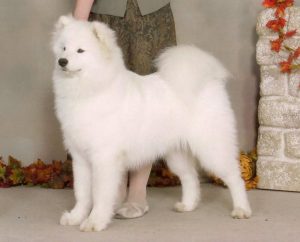 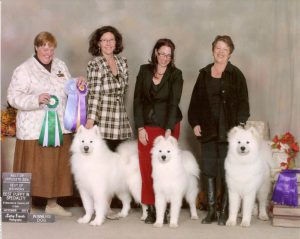 Then, not two months later, he finished his Canadian Championship with a Best of Breed again! 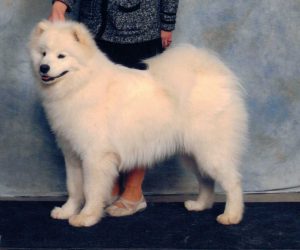 Cabo lives with Mike & Nancy, and is again showing off the Samoyed versatility doing obedience and agility.